Turntable.fm is invite only beta right now unless one of your Facebook friends has already gained access. Sign in via Facebook and, if a friend of yours is already in, you can join the fun too.

The video below gives a run down of how turntable.fm works.

MySpace
If you have a band, the expectation is that you have a MySpace page (here’s mine). I started that page in a fit of patriotic fervor on July 4, 2006. My band’s MySpace profile has had 4,395 views and I’ve got 76 friends. The MySpace site feels really static to me and my friend count has remained basically the same since everyone switched over to Facebook.

Facebook
I set up my band’s Facebook page (here it is) and became a “fan” of myself to launch the page among my Facebook friends on December 11, 2009. I’ve got 97 fans as of January 10, 2010. The growth in my fan base on Facebook has been really fast with about half of my friends becoming fans. I’ve also had some friends of friends add me too, which has been great.

I am not crazy about the tab set up in Facebook. I really like the way MySpace has the music player and comments on the same page. I think it encourages plays and interaction with a focus on plays. In Facebook, you have to choose whether the “Wall” or “MyBand” tab is the start page for visitors to your band page. For now, I have opted for the “Wall” because it feels more social. I will keep an eye on how many people actually play the music on MyBand and may switch it up in the future.

Twitter
I’ve also got a Twitter account for my band (here it is). As of January 10, 2010, I’ve got 177 “followers.” Twitter has been an incremental way to build fans, but probably 10 percent of my “followers” are spammers (and that’s after culling “followers” who were clearly spammers).

To me, Twitter feels like I am shouting out into the wilderness. For example, I tried to give away a free copy of my album on both Twitter and Facebook. The copy I offered on Facebook was snapped up in minutes. The Twitter album has yet to be claimed (as of this writing).

Which is best?
Based on my personal experience, Facebook is the better of the three for building a fan base. I am experimenting with a variety of other sites and will write more about marketing in upcoming posts. 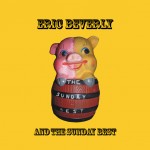 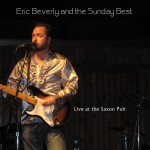 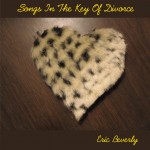